HomeAll PostsAn Old dog died in his owner's arms from fright following a...
All PostsAnimalsSad 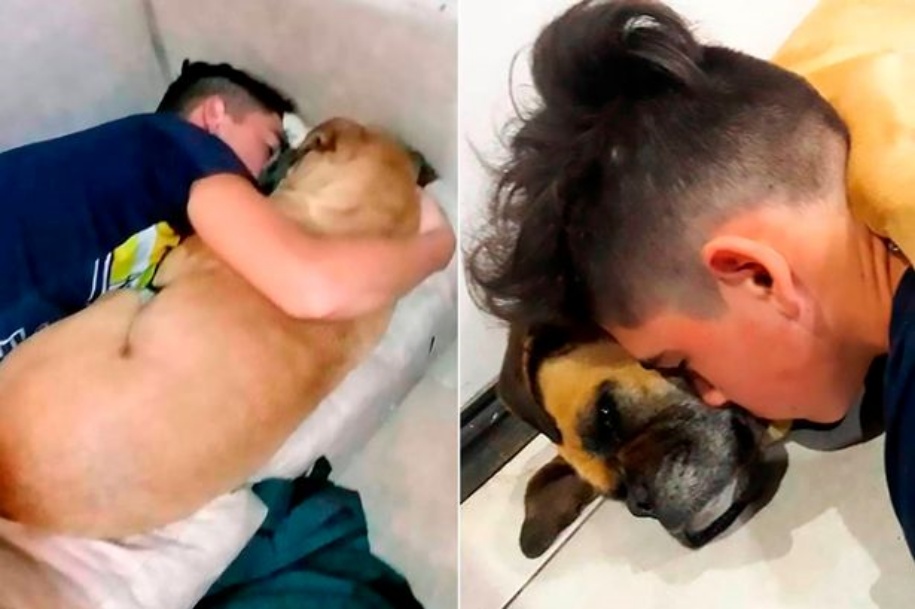 An old pet dog of a family died while in his owner’s arm after he suffered from panic attacks that were triggered due to the sounds of the fireworks.

The name of the dog was Magui whose owner named Antonella Modasjazh shared this heartbreaking story of her deceased dog on Facebook and she blamed the dog’s death on the points that she was not only old but also scared.

The images of Antonella lying beside his dead dog said that his family called the vet in the area but nobody came for helping his poor dog.

The story that was shared on social media has been shared for more than 12000 times and since then has amassed countless comments.

Antonella said, “She was not just a dog but our beloved pet. Her name was Magui and she is now dead. She was old and was extremely scared of the fireworks. We had no idea as to where to put her while other people were celebrating but she was going through a very tough time. She suffered a panic attack and we called all of the vets in Esquel for helping our dog but nobody came to attend her. The dog died in my son’s arms as he begged to call somebody to help Magui.”

The story was shared by a dog charity organization named Adopt, Sterilize, Teach for raising awareness. ADAE wrote, “Your fun scared her and it triggered a very rough panic attack. Your fun took her life. Magui died in the arms of her owner. Her family has lost their family member with her death.”

In response to this post, many of the outraged social media users fired back at these many animal charities who did not pick the phone for helping her.

One of them in fumes of anger wrote, “Maybe the fireworks were being sold on black market lack of control, poor little dog, how sad, those who actually love the animals feel the pain from their loss.”

Another one wrote, “This is the fault of those irresponsible vets who although give out their numbers for emergencies but never take the calls and never attend when needed.”

Man Raises A Wolf Cub after He Rescues It, Now Both Of Them Are Inseparable

Exotic pets which are both unique and rare

Animals that drink blood to survive