HomeAnimalsWoman Comes to Visit the Stray Dog Everyday And Then One Day...
AnimalsLoveRescueSafety 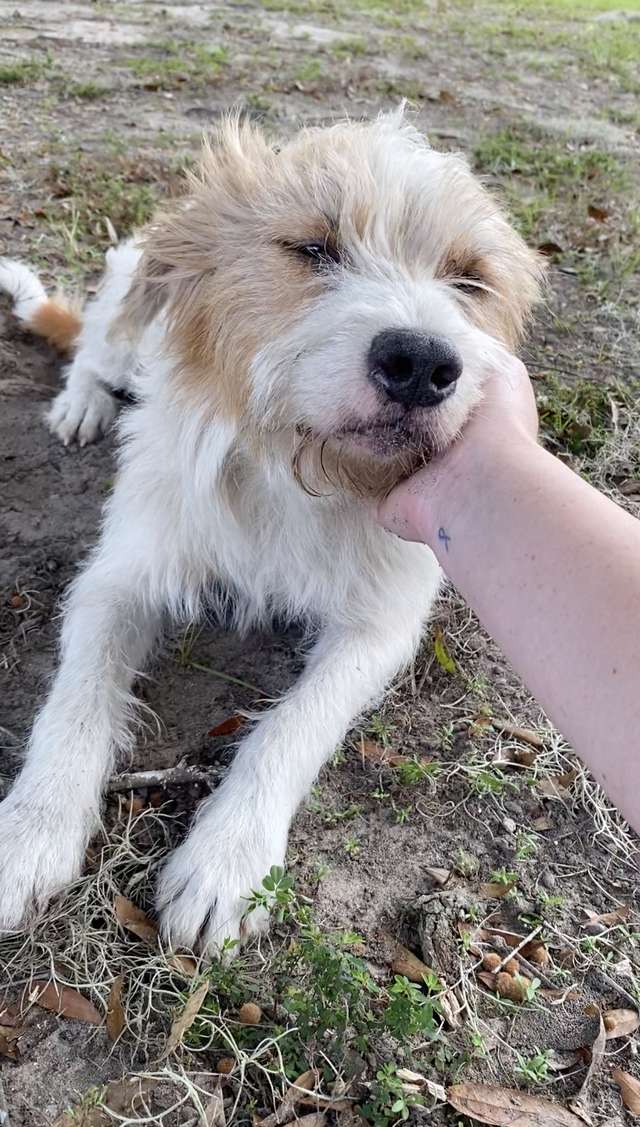 A woman named Carley Coca saw a post on the social media related to 3 dogs that were left abandoned nearby a church located in Florida. As soon as she saw that particular post, she knew it in her heart that she needed to do something to help those poor pups. Carley Coca has been helping the stray animals for as long as she had been a kid and at the moment she works with the rescue organization by the name Paw Print Hearts. Ever since then, she has never let go of any opportunity that can allow her to help the poor animals that are in need of help.

As soon as Carley Coca got the chance he drove to that church and there she was able to get 2 of the stray dogs, who she named Lily and Zeus later, in her care.  As for the 3rd dog, whom she named as Chance, was not willing to come with her.

Still, Carley Coca did not give up on him as she knew that Chance was only scared at the moment. He would not stop raking t her and eventually, he ran away from the church. It broke her heart but she left with two dogs to bring them to safety.

Despite fearing about Chance, Carley Coca knew that she could not give up on the dog. After she placed the 2 dogs in foster care, she drove o the church nearly every day to earn the trust of Chance.

Carley Coca said, “Once I had done my work I would then drive to a nearby McDonalds and would buy 10 plain cheeseburgers and then drive tot eh church. The church was at 30 minutes drive from my work place.  I would then go to the shed and then I would announce to Chance that I had come. After that, I would sit at a distance from him for about 3 hours and then toss him the earlier bought cheeseburger one by one.”

Each time Carley Coca tired to make it closer to him, Chance would be running far away. She even tired to once bring Lily to meet with him. Although Chance was happy to see her he still refused to go near Coca.

Then on the 6th day, things started to change for the better.

Coca said, “Chance would then wait for me to arrive at the church and would also sit near the driveway instead of hiding under the shed. Still, he was not coming near me.”

Although this progress was very slow Coca was not about to lose hope in him and then on the 8th day Chance was ready to trust Coca.

Coca said, “When I came out of my car. Chance came running to me. I then stuck my hand out of the window and he started licking it. I was happy and shocked to see it. I knew that today was finally the day.”

Coca continued, “I then placed my hand on his head and started to gently pet him. I was nervous about how he would start reacting. I was also afraid that he might bite me but he seemed relieved and then I started to cry the happy tears.”

After so many days of hard struggle, Coca was finally able to bring Chance to sit in her car and then take him to safety. Chance was covered in ticks, burrs, and fleas. He was also matted and had turned really skinny. Coca took him to vet first and then to a foster home where is settling for good.

Chance is now going to stay for 3 months with the new foster care mom and then the rescue shelter will start looking for his forever home if he does not become a foster fail.

Share
Facebook
Twitter
Pinterest
WhatsApp
Previous articleDogs Suddenly Show Interest In The Football Game As Soon As A Cat Storms On The Football Field
Next articleNarwhal; the Unicorn Pup who has a tail coming out of his head