HomeAnimalsPhotographer Dean Hurt was told to watch out for this dog when...
AnimalsfamilyLovePhotography

Photographer Dean Hurt was told to watch out for this dog when I was photographing him at a rescue. Instead she adopted him 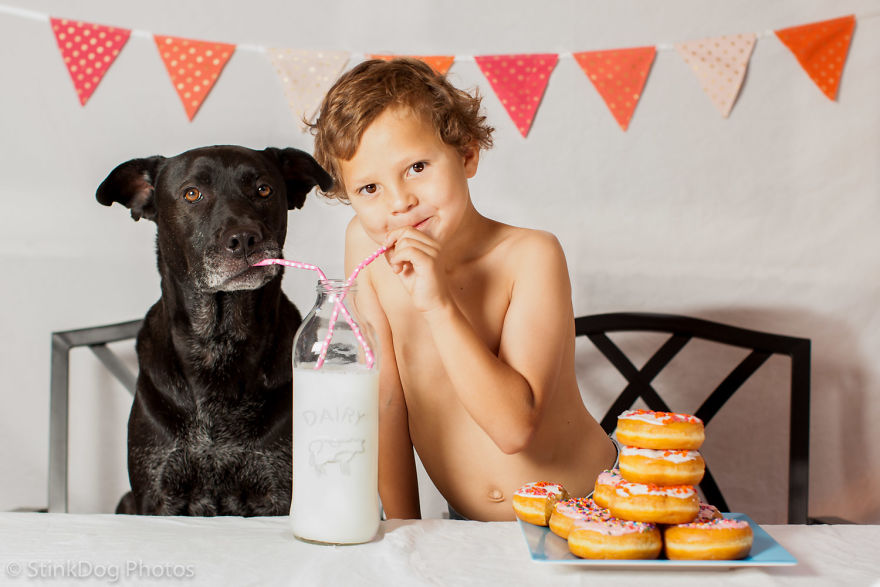 A little something about the woman who adopted a dog instead of being careful from him. The name of this woman is Dean Hurt who is a pet photographer by profession. She operates her business in Colorado under the name StinkDog Studios.

Her work is to mainly photograph the dogs that are up for adoption. One time she was called to a rescue shelter where she had to do a photoshoot for a black Pit Bull and Chow mix. When she was taking the photographs, the handler of the dog said to her to be careful around this dog. According to Dena Hurt, he said,

“You better back up, I am not so sure about this one”.

Dena after hearing this advice looked at the dog with another look and according to her, she did not get that dangerous vibe from him. He only seemed a little nervous to her. She told media I said to myself, “Will he be kind to me?”

After one month Dena and her husband were planning to adopt a dog of their own and then she suddenly remembered him. They went to the shelter and to her happiness he was still not adopted.

Dena and her husband adopted the dog and named him “Boo-Radley”. They got the dog adopted and brought him home that very night to see if he as a good fit for their family.

According to Dena to her amazement, as soon as the dog was out of the shelter, he turned into a real goofball and a squishy loveable dog. The very next morning couple filled out the adoption forms.

Now, boo-Radley is not only a part of their family but he is also a great model of Dena. He is super easy to teach new skills and will do anything for a slice of cheese. The dog is not the one to watch out because he is dangerous but because he is hilarious.  Check out some of the amazing clicks of this super cute hilarious dog for yourself.

You wanna pass me a doughnut?

Boo as Beavis and Butthead

Impressive animals that really know how to get in shape

Tragic story of common household Ingredient “Xylitol, an artificial sweetener” Which could kill your Dog

Share
Facebook
Twitter
Pinterest
WhatsApp
Previous articleImpressive animals that really know how to get in shape
Next articleAmerican non-profit rescue shelter, ‘Vietnam Animal Aid and Rescue’ member saves a pig from butcher and he is now living a good life