HomeAnimalsPatrick Stewart Has A New Foster Dog And It Can't Stop Smiling...
AnimalsLoveRescueVideoWOW 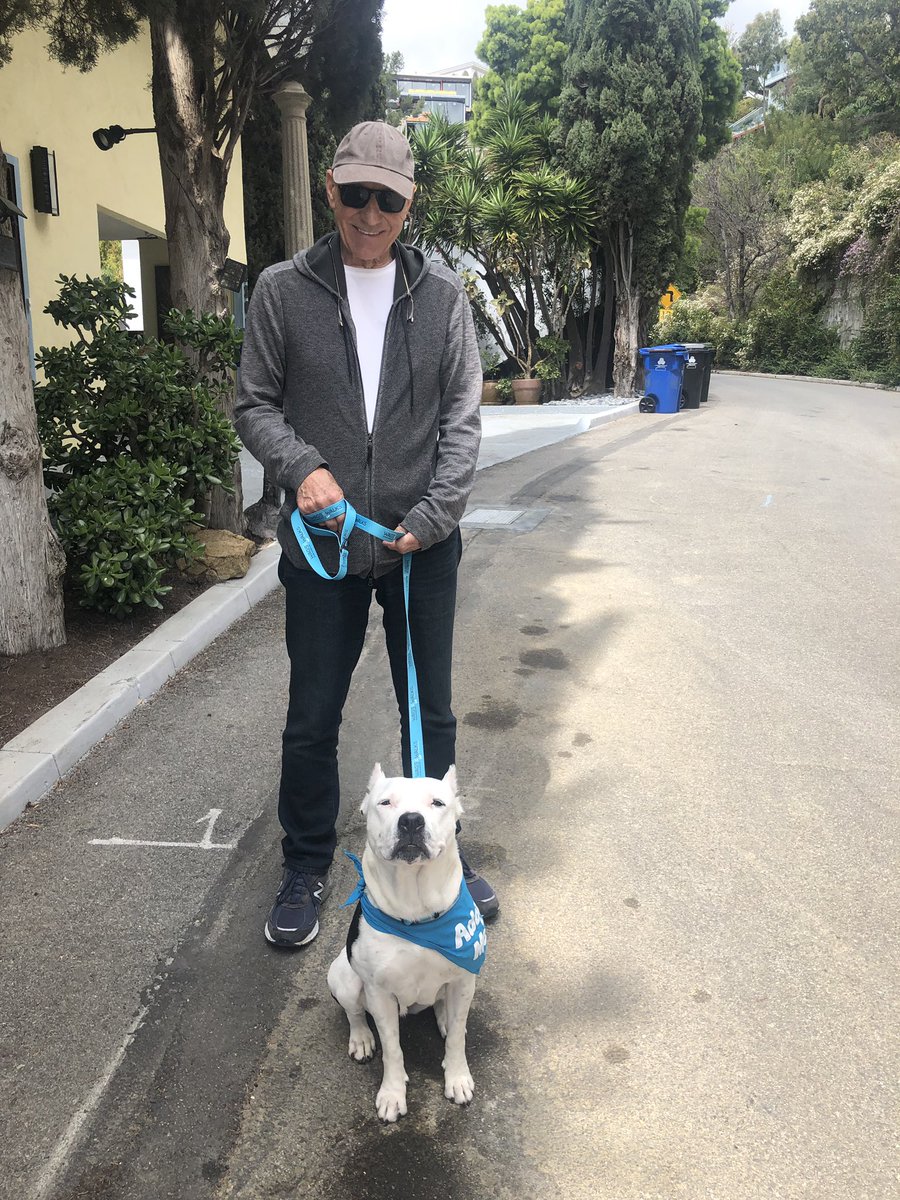 Majority of people are aware that Sir Patrick Stewart is renowned for his iconic roles for decades on TV, films, and stage. However many of those might not know that he is also a dog lover, he has played the most important roles of his life being a foster dad to a homeless pit bull dog.

That was back in 2017 and the name of that dog was Ginger who has now been adopted by a loving family.

However, Sir Patrick Stewart is now at his dog fostering again.

Earlier this month, Stewart wrote on his social media page, “Meet Emma, our new foster girl which we took from the Wags and Walks. She is not only sweet but very good. She is also sweet, gentle and intelligent and all of this in 38 pounds pocket pittie-mix love.”

In just a few days of being together, Emma and Stewart have bonded with each other so well. Recent footage of them shows them taking a nap on a couch. The footage also shows Emma who is unable to stop smiling while looking at Stewart who underneath his mask is snoring.

When Stewart had Ginger as a foster dog, their relationship became something legendary. The bond between them became so strong that many started to believe that Stewart would be a foster fail.

However, with Stewart spending time in the US and UK, and the new BSL (Breed Specific Legislation) made it impossible for him to bring Ginger to the UK with him.

Still, Stewart is fostering all that he can by giving another a place to stay as she waits for his new home.

Dog Sees Bird Drowning In the Swimming Pool and Rescues It

Odin; The Rescue Dog Who Was Kept Chained Up His Entire Life Now Looks Totally Different

Share
Facebook
Twitter
Pinterest
WhatsApp
Previous articleCops Do the Sweetest Thing As They Help a Trapped and Scared Skunk at a Skate Park
Next articleNellie; The Hero Foster dog who saved her foster mom from a rattlesnake

Cooper; The dog gets super excited when owner scores a basket