HomeAnimalsCrowd Boos at the Baseball Umpire who was Rude to an Adorable...
AnimalsCuteVideo 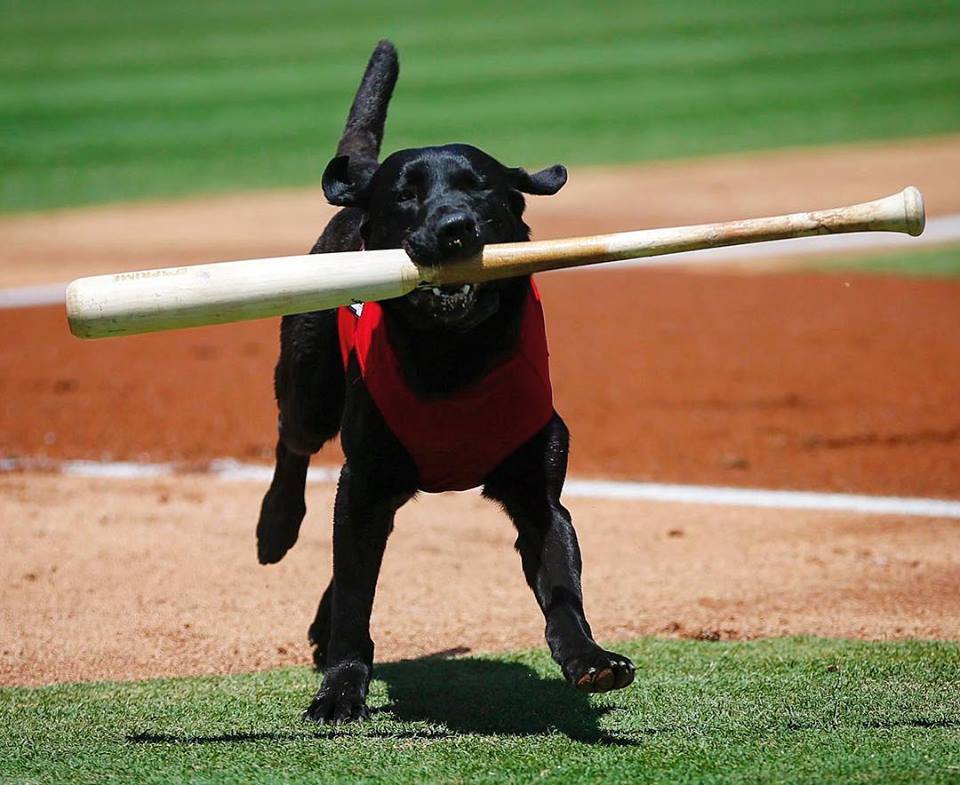 We have been saying that animals especially dogs are into sports. We have proven it with a string of videos. While some of them are interested in playing sports, others are good at carrying out other duties like fetching baseball bats at minor league baseball matches.

Meet Finn, he is not only a highly and adequately trained dog to retrieve the baseball bats but he is also a crowd favorite and a good boy.

He not only knows his job but also performs it well. That is until some spoilsport guy wants to make trouble in his abrogable work routine.

Last Tuesday, Finn was doing his job dutifully at a minor league baseball game played between the Las Vegas Aviators and the Sacramento River Cats. That is when a game official decided to make his job troublesome by being a spoilsport.

Just as Finn was about to reach the discarded baseball bat from the pitch, the umpire standing at the home plate stooped own a bit and picked it up before even Finn could reach it and tossed the bat away far from poor Finn’s reach.

Finn was devoid of his adorable duty and the crowd was also not happy at the umpire actions. The chorus of boos started emanating from all the directions which were clearly directed at the official.

This is the video of the moment when official picked up the bat threw it away from Finn.

No matter, which team the crowd sitting at the stadium was rooting for in the first place, in this matchup between Finn and the umpire, all of them were on the side of team Finn.

Despite having this uncalled for the setback, Finn still adhered to his duties and ran towards where the bat was thrown.  After all, he is a very good pup.

If you guys are wondering how Finn does things in any other baseball match, below is the video.

Now, this is more like it, Finn, good boy.

Keep up your good work Finn.

Share
Facebook
Twitter
Pinterest
WhatsApp
Previous articleNellie; The Hero Foster dog who saved her foster mom from a rattlesnake
Next articleWoman rescues a snake trapped in a beer can at the side of a road