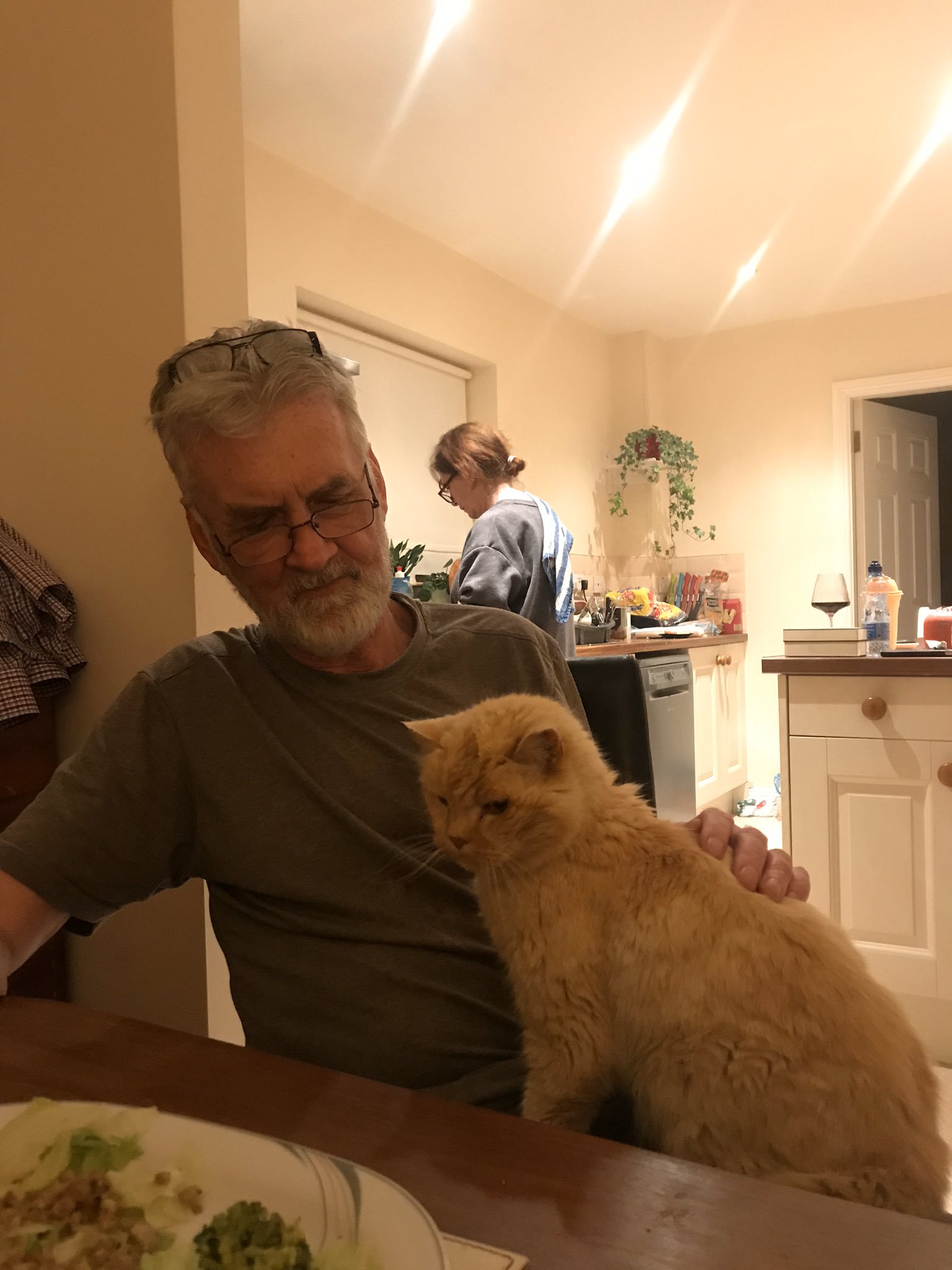 Gerard Keane with his sweet pet cat named Mitcho has always been best bud who had been inseparable since the very first day they met each other.

For the last 16 years, these 2 old friends have enjoyed the company of each other in doing almost everything.

Even sleeping together for afternoon naps is their daily common ritual.

However, a few weeks ago, a very unfortunate incident happened that put the cruel halt on the good thing that had been going on for Keane and his cat Mitcho.

Keane suffered from a terrible fall that caused his hip to break in the impact. Keane ended up needing a long stay at the hospital for undergoing the surgery for hip replacement. As for Mitcho, he had to stay during this whole time at home ad missed his best friend very much.

Keane’s daughter named Aoife told, “They were separated for the first time in their life for a whole 4 weeks.  Mitcho has always followed my father around the house and also sits by his side during the summer in our garden. So yes, both of them were feeling really devastated; especially Mitcho.”

However, this absence did not cause the love in Mitcho’s heart for Keane to be lowered but instead, it increased.  Ever since Keane got released from the hospital for recovering at home, Mitcho has been insistent on staying close to his best friend.

As Keane is now recovering from the hip replacement procedure, he needs to make use of the crutches to move around places. In order to help regain strength, he is talking daily walks in his neighborhood for exercise purposes. He is recovering slowly and steadily.

And now thanks to Mitcho, Keane never feels alone.

The amazing thing here is that for his entire life, Mitcho has never stepped beyond the driveway of the house but the thought of leaving Keane behind as he walks with crutches around the neighborhood caused Mitcho to change his behavior all too suddenly. Now, whenever, Keane goes out for a walk, Mitcho also joins him while moving very slowly. He walks as slow as Keane in order to not trouble his friend and to cause him to pace up.

Below is the video of these two 16-year old friends taking a slow walk around the neighborhood.

My dad got his hip replaced recently and my 16 year old cat always stays right next to him on his daily exercise walks! My dad calls him his bodyguard ?? pic.twitter.com/lQOygSPuAM

Seeing this expression of true friendship has made eyes of Keane’s daughter teary.

She says, “Seeing this has made me really emotional. It is really very lovely.”

This love of Mitcho for Keane is really making a difference for him.

Keane, with love and care of his family and especially from his fiend Mitcho, is recovering back to health slowly but surely.