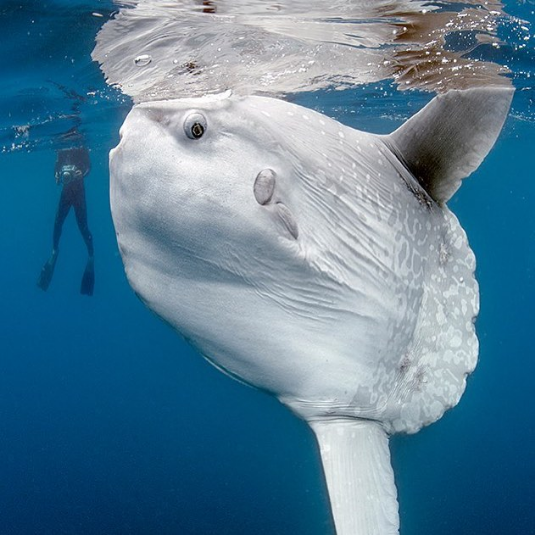 Hunting, pollution, deforestation, and habitat destruction put loads of species under threat. These species become true gems of the animal kingdom and live on the verge of becoming extinct. On the bright side, there are thousands of people and hundreds of organizations that work hard on preserving, conserving, and helping these amazing animals to survive. Just think about this: a group of people stood guard 24/7 to watch Canada’s most endangered mammal; the marmot, to prevent the last individuals from being eaten by predators!

We love animals and know that many of you feel the same way about them. Let’s contemplate these beauties while we can.

So scroll down to look at these rare animals might soon go extinct.

Meet Snowflake; a famous albino gorilla who knew a thing or 2 about love! He had offspring with 3 different females during his 36 years of life at the Barcelona Zoo. And it’s really cool of him, because the habitats of his species are suffering from deforestation, farming, and the over-grazing of other animals.

Ocean sunfish, or mola, look like huge blobs and are the world’s largest fish with bones. These fish are born with a back fin but it never fully develops and grows.

These monkeys are snub-nosed, not snob-nosed. They’re among the most endangered primates in the world.

Hooded seals have an elastic nasal membrane or hood on their heads and can inflate them by sending blood to the area. This often happens when another male approaches the seal’s female partner.

Found near the coast of Madagascar in 2013, this small whale is an enigma in itself. It’s pale on the one side and dark on the other and prefers to stay in tropical waters, which is unusual for whale species. These waters don’t provide much food, so how Omura’s whales feed is quite a mystery.

It is the third-tallest and second-heaviest bird in the world after the ostrich and emu. The southern cassowary is also one of the most dangerous birds, as its fierce kick can be fatal for a human or other smaller creature.

Shy, peaceful, and solitary animals, these bears have a perfect personality and a peculiar look due to light patches of fur around their eyes. Believe it or not, they are great tree climbers, as their favorite (and almost only) source of food; the Bromelia plant grows high on trees.

Animals which will make you scream and say, ‘What Are You?

The Best Wildlife Photos Of 2018

Genius Products to Keep Your Pet Cool All Summer