HomeAll PostsSweetest Reunion Of A Dog With Her Mom After Their Home Gets...
All PostsAnimalsLoveRescueSafetyWOW 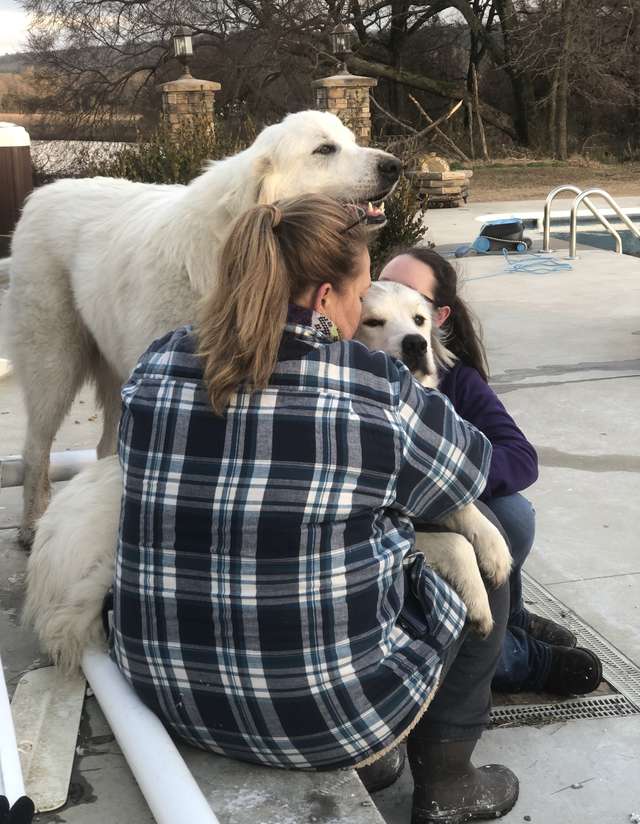 On this Friday night, a couple named Ona and Bruce Dunlap were seeing TV and the warning about the EF2 tornado and that is when their cable went out.

Bruce opened the door of his house immediately located in the Logan County of Arkansas to see what was happening. Ona said, “When Bruce stepped out of the door, it was awfully quiet and there was no wind. There was nothing out there.”

A good friend of the Dunlap family, Julie Moore said, “Oh yes there is. Get immediately to your storm shelter right now.”

They did not know of the storm because it was only minutes after that there the whole house would face the wrath of the tornado.

The couple rushed to the room of their housemate who was handicapped and helped him to get inside the shelter room.  Bruce then looked for the family’s 2 dogs and 4 cats.

One of the cats named Ladybug was missing while their dog named Dasha refused to go inside the shelter room. Bruce was forced to leave her there.

Moore said, “Dasha’s animal instincts seemed to have alerted her that something was wrong and went inside and lay beneath the kitchen table. By the time, they arrived at the shelter room; he could barely close the door of it.”

The tornado struck the rook of the Dunlap residence as it tore off the house’s roof all the while scattering their belongings and debris. After they came out of the shelter, everything around them was dark and they were not sure if the house was there or not.

On the next day of the storm when Bruce was checking the damage along with his friends, a familiar fluffy face could be seen coming from all that wreckage.

Moore said, “Dasha came out running and it seemed as if she was saying, “Why did you all wait so long to come? Ona grabbed Dasha by her fur and then her face and started to talk to her saying, ‘I am sorry. We are here.’”

Moore, seeing this emotional reunion after a catastrophe, was quick on getting her phone out and took a few pictures of that touching reunion.

Bruce and Ona are both really grateful that Dasha was safe but they are still missing one of their cats named Ladybug.

Moore said, “Then something miraculous happened when the cat was able to find its way back to her owners. She was really wet and was shaking from the cold. Ona grabbed her and hugged her tightly.”

Moore said, “One thing, after they had found both of them hugging each other, Bruce said, ‘There are your kids.’”

While there will be a long time before the Dunlaps family can settle once more, they are still immensely grateful for the fact that they made it through such a catastrophe together and alive.

Cat calms down the kid who’s having a Sensory Meltdown