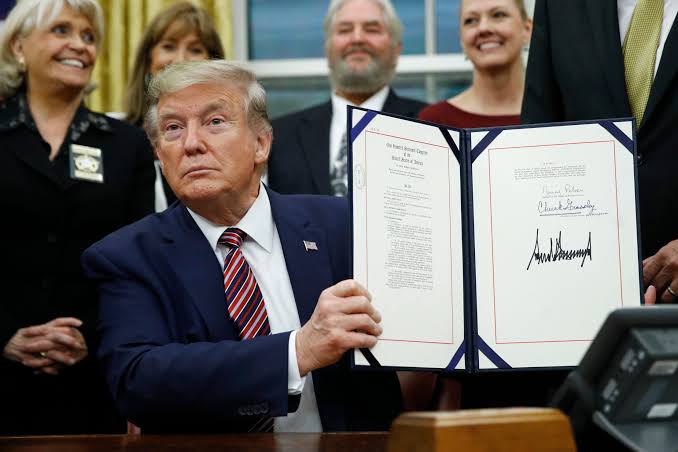 Every now and then you hear bait the cases of animal cruelty and this has prompted the people to make changes in the laws to not allow it any further. This is why in order to reflect the values of such kind people a new law has been signed which is called PACT Act or the Preventing Animal Cruelty and Torture Act. With this act being signed, it is now illegal to engage in the curl eats towards an innocent animal.

The PACT (The Preventing Animal Cruelty and Torture) Act was signed in the US on 25th November 2019.

The president of the United States of America, Donald J. Trump signed the PACT Act on November 25th, 2019 of this week’s Monday. This signing of the act marks a symbolic win for the battle of animal rights. Donald Trump, after signing the pat said, “I am very glad to sign this PACT Act into law. It is very important that all of us must combat these sadistic and heinous acts of animal cruelty, which is nothing that should be totally unacceptable in any civilized society.”

The act now marks animal cruelty as an illegal act towards the animals.

As per the official website of the Congress, “The PACT Act makes the practice of ‘animal crushing’ to be a nationwide felony in the US. Animal crushing is a cruel practice when a living but a non-human animal including mammals, birds, amphibians, or reptiles are crushed, drowned, impaled, burned, suffocated or in any other way are subjected to a serious injury to the body, purposely.”

The animal cruelty acts will now be punishable by up to 7 years of imprisonment.

Despite the PACT Act, many animals are still left unprotected under this law in the US. This is because this bill has specifically excluded the treatment of the livestock that are a part of the animal agriculture industry, slaughtering of animals for acquiring food, procedures performed in the field of veterinary or other such same industries, hunting & fishing, predator & pest control, euthanasia, medical research, and self-defense.

While some of the people see this as a reasonable act, others are expressing their unhappiness to certain exceptions.

The PACT Act is nothing new as it had been presented this year earlier and is also the extension of the law which was first passed in 2010 by President Barrack Obama.

The PACT Act passed earlier this year and also in the past during Obama’s tenure, was able to pass in the Senate and the House after being in wait for many weeks of for reaching to the president. He was quite excited to sign this act as this act is the one on which both Democrats and Republicans are in consensus in both the Senate and in the House.

Ice Age Dog is Discovered After Being Buried for 18,000 Years In Permafrost

Hanga, the Mop Dog Who Went Viral For One Of Her Swimming Video

Share
Facebook
Twitter
Pinterest
WhatsApp
Previous articleIce Age Dog is Discovered After Being Buried for 18,000 Years In Permafrost
Next articleA Video of the Cruel Life of a Stray Dog in India filmed with a Go Pro on the stray dog