HomeAll PostsFamily Shocked & Horrified to Learn that a Giant Bear Has Been...
All PostsAnimalsRescueVideo 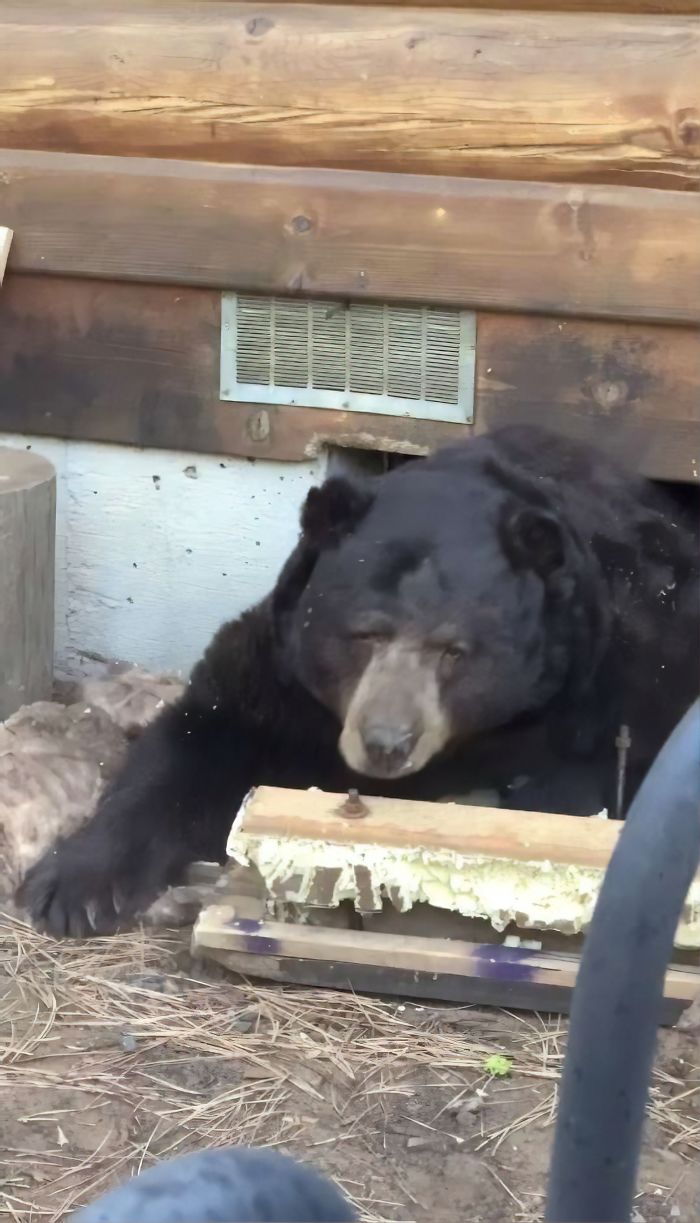 Earlier this November a family residing in was living their life normally when one day they suddenly heard sounds coming from underneath the crawl space of the house. After listening to it closely and looking for the source outside they came about a shocking and horrifying discovery. A very huge animal had been living under their house and it as a bear.

As a matter of fact, one of the bears living in the woods had been looking for a nice warm spot for doing his winter hibernation when the family had left their door to the crawl space open and the ear took this as an open invitation. The family called the BEAR League; a group which handles such types of situations all the time.

Ann Brant, the worker of BEAR League told the family that they would be coming the next day and will help to relocate this bear away from home. However, after the day passed, the sounds coming from under the crawl space also died down. After thinking that the bear might have moved out, the husband of the family closed the door of crawl space but little did he know that the bear was still underneath.

But the very same night, they heard the bear again and the husband felt bad about locking the bear in the crawl space. Then Bryant came the very next morning to help the bear get out.

Bryant deals with these types of situations every day and her team knew what they need to do. She found the entrance to the crawl space from another place and then managed to get behind the bear. She then made use of a special tool that makes noises to scream that bear from his hiding spot. She also asked the wife of the family to watch from the window and tell her when the bear was out. But the bear never came out.

However, after a short while, when Bryant was about to give up, the bear decided to move out.

Watch the video of that moment when the bear leaves the crawl space underneath the house.

Everyone then saw the massive bear dashing out of the crawl space and then away from the house to find a more suitable place for winter sleep. Brant said, “We knew this bear for a very long time.  He loves the food at the local Mexican restaurant and can be found often diving in their dumpsters.”

Lake Tahoe is the home to many bears in the area and during the winter season, they try to look for comfortable and safe places for heir hibernation sleep. This is why authorities often make a warning to residents of the area to lock their crawl spaces as well as other places where ears might enter and seal themselves. If they like the place, they might make it their home and it would be really hard to move them out from there.

Leny, the Golden Retriever Who Loves Sliding Down The Hill

Daria Pushkareva; A Famous Photographer From Moscow Quits Her Job To Live in a Forest With 100 Injured Dogs