Dog Watches As Dad Saves His Favorite Toy With A Surgery 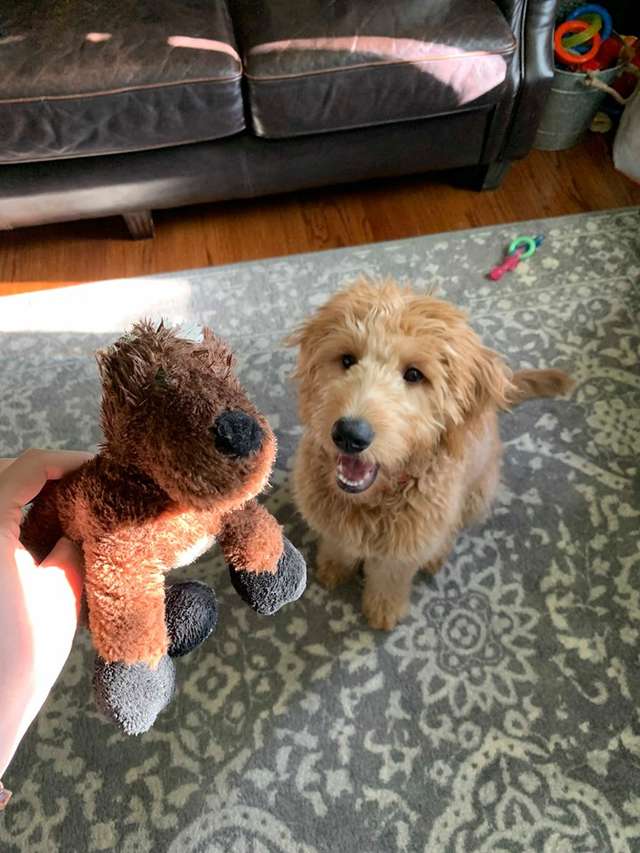 Meet Leo, a big fluffy dog that adores his family very much but there is smoothing else that he especially loves. It is his big brown stuffed animal toy that he loves to play all the time and takes it with him everywhere.

Leo’s owner named Hayley Alaxanian, said, “This is his favorite toy and he keeps it with at all times.”

However, a little accident might have ended this lovable relationship between Leo and his toy for good.

One day, Leo was playing with his favorite toy as usual when the accident happened. The happy pup was playing with his toy and that’s when his teeth managed to rip a large hole in the fabric of the toy causing the soft cotton inside to come out; a damaging injury for a stuffed toy.

Fortunately for both Leo and his toy, Alaxanian’s dad was there to help save the day for Leo as he was clearly heartbroken by the whole ordeal.

Alaxanian said, “At first my dad took the toy away from him and placed it where he could not reach it but he was crying nonstop for reaching it. That is when my dad decided to instead help the poor pup by sewing it up himself. He took out the sewing kit and started to perform the lifesaving surgery on the toy.”

As Alaxanian’s dad performed the sewing on the toy, the worried dog never left his side even for a moment, neither did he took his eyes off of it.

After many moments of worry and sewing passed, the surgery was done. Good news for Leo as the toy was going to be alright despite the inexperience of the dad in handling such life-threatening surgeries.

Alaxanian said, “this is the very first time I saw my father sew a toy back together.”

As for Leo, he cannot be more relieved than to have his favorite toy back to him in one piece once more.

Now the pup and the plaything are back together again.

Animals that will make on hell of movie villains