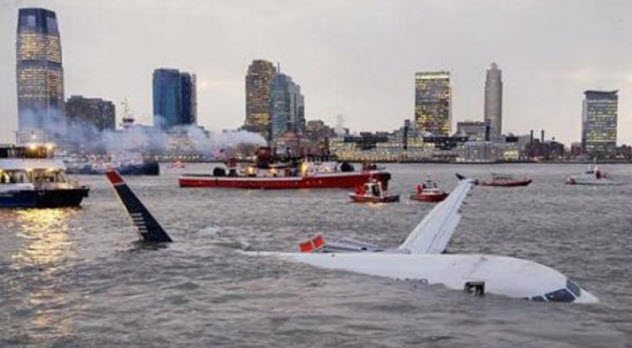 We humans think that we have the perfect control of this world and in a manner of devastation caused by human achievements throughout the centuries, it certainly seems true. However we humans are also sometimes bested by our neighboring animals. Some of the bizarre cases by which animals have sabotaged human activities are as follows.

Among the confirmation out of two models of universe i.e. one being the “steady State Model” and the other being “The Big Bang Theory” which is the most stable one, the confirmation process was derailed by mere pigeons.

In 1964, physicist Robert Wilson and Arno Penzias were trying to measure brightness of the sky with a microwave detector but they kept getting a buzzing signal. On investigation they discovered a nest of pigeon on their equipment which they sent to pigeon fancier 48 kilometers away from their research lab. After cleaning when they started again they again picked up the weird interference signal and found that birds have returned. Their battle remained for several months and the signal persisted throughout this time. Birds were finally removed but signal remained and that signal was not a mistake by pigeons but instead a “background Microwave Radiation” an essential part of Big Bang Theory for which the physicist won the Nobel Prize.

Nuclear plants are normally built near the large bodies of water like oceans. In 2013, one Swedish Power Plant got shut down due to unforeseen circumstances. Upon investigation it was found that the Inlet Pipes were blocked by a swarm of Jellyfishes. Jellyfishes were removed in order to restart the plant.

Each year power plants and water desalination plants are shut down by jellyfish swarms also known as Blooms. The reason is theorized to be the removal of jellyfish’s natural predator due to over fishing by us humans.

It might seem like that a bird hitting a plane, bird might come out worst but sometimes this bird can cause a pane to crash as well. It is reported that each year bird strikes to planes nearly cause 1 billion dollars of damages to airline corporations.

In 2009 a Canadian geese caused a plane to be landed in Hudson River while in 1912 a plane dived into Pacific Ocean hen a Seagull jammed the plane control.

Airlines across the world have come up with various ways to scare away birds from runways because during takeoff or landing most accidents of the sorts occur.

The famous scientist Isaac Newton has also been sabotaged by animals, to be more precise by his own pet dog Diamond. Diamond being a frisky fellow knocked over a candle which caused the room to catch fire and nearly destroyed all the manuscript that Newton was writing at that time. According to some sources, the manuscripts that were burnt caused a year loss of work in addition to be suffered with months of depression.

Have you ever wondered why they say there is a bug in a computer when computer stops working properly? Well it is because in 1947, Mark II computer in Harvard stopped working. Technicians upon investigation found the cause for this being a Moth. They wrote beside the report of the day, “First actual case f bug being found”. The story for the Computer Bug was made popular by the computer in charge of Mark II; Grace Hopper.

Animals that you did not knew existed in real life

15 Adorable Reasons ‘Why I Hate My Job’

Roo; a puppy rescued from Hong Kong’s puppy mill in a very bad state, now her life is turned around completely