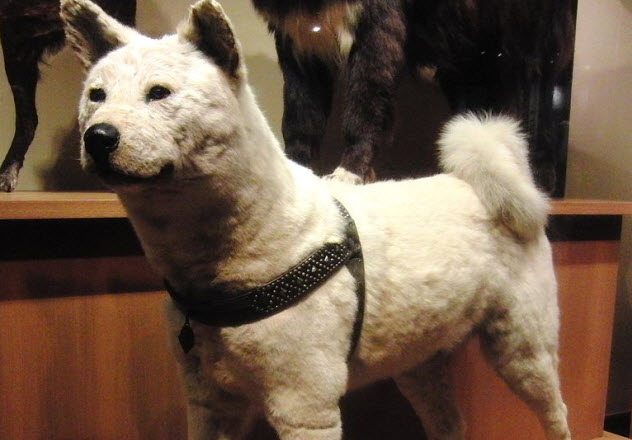 Dogs are renowned for being one f the best choices for a pet. They are extremely loyal and affectionate towards their owners. This loyalty which is their strongest trait can last up to their owner’s death and sometimes even a tad beyond. Some of the heartbreaking tales of the faithful dogs which will make you hug your own dog tightly are as follows.

After death of Manuel Guzman in 2006, his dog named Captain went missing. The dog was found at the grave of Guzman but the bizarre thing was that dog was never take to Guzman’s grave ever before so how did he found it.

Guzman family visits the grave every Sunday and also to check upon Captain. Yes the dog has never left his master’s grave for even a single day and refused to leave it. He was once taken by force but ran away to return back to his master’s grave. Captain wanders around the site for the day but lies down by the grave 6 P.M. sharp every day waiting for is master’s return.

A 13th century legend about the Prince of Great Wales, Prince Llewellyn had a dog named Gelert which was his most favorite of all hunting dogs. One day prince went to hunt laving behind his favorite dog and upon return he found this dog to be covered in blood. Prince seemed alarmed thinking about his young child he left home in cradle and thinking of the worst drew his sword and killed his dog. On returning to room, Prince found his infant baby under the turned over cradle and a dead huge wolf that Gelert killed while saving his master’s son. Prince in his regret could only offer a public funeral for Gelert.

Fido meaning the “Faithful” was an Italian dog who was adopted by Carlo Soriani back in 1941. Fido staying true to his name followed his master everywhere and stayed in wait until his master returned home from work.

In 1943, Soriani was killed in world war’s 2 bombing inside his factory. Fido went to bus stop where his master would arrive each day and waited but he never came. Fido went back home to Soriani’s widow but for the next 14 long years, Fido regularly went back to Bus Stop in wait for his master to return. Fido was awarded by town with a Gold Medal and a statue after his death for his undying faithfulness to his owner.

A professor of Agriculture named Hidesaburo Ueno, who always wanted to adopt a rare Akita dog, adopted one back in 1924. The dog was named as Hachiko who followed his master everywhere and would wait for his master’s return at the train station from where he left to work.

After one year, Ueno died during his lecture and Hachiko since that day waited for the return of his owner since that day. People soon noticed the dog and world even leave food and water for dog. His extreme devotion and faithfulness was praised by Japanese public and a statue of Hachiko was unveiled in 1934.

Hachiko died in 1935 and his death was mourned by people very much. Photos are still on internet people sadly lying around Hachiko’s dead body. Hachiko’s body is stuffed and is on display at the national Museum of Nature and Science in Tokyo.

Rare Dog Breeds You Didn’t Even Knew Existed In World