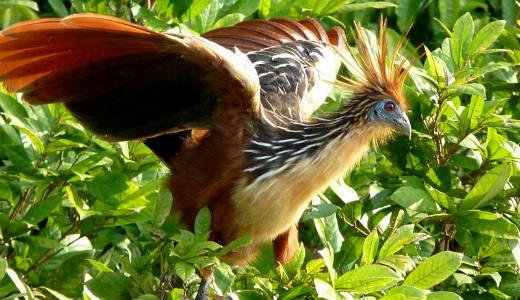 Many animals are blessed by nature with special Self Defense Mechanisms. One of these defense mechanisms is Smell. When threatened, few animals spray out nasty smells that will deter their predators. Some other animals use their own musk to ark their territories or to protect their food storage from scavengers.

Following are some of the smelliest animals in the world.

Millipede when feels threatened curls up in form of a ball and some millipede species spray a nasty smelly liquid. This liquid has such a strong stench that it deters their predators. One species of Millipede secrets Hydrogen Cyanide a powerful chemical substance.  One millipede can secret enough Hydrogen Cyanide to kill a mouse six times. Combined released Hydrogen Cyanide gas from 100 millipedes can kill a human being.

This animal is only found in the Australia’s State of Tasmania. Tasmanian Devil when stressed, gives off a nasty odor from its body which not only protects it from predators but also protect its environment from human intruders. When feeling relaxed they do not smell.

Wolverine is a species of Weasel family. They are shy by nature and are seldom seen by humans. Like many weasel family species, they have special glands on their body. These glands are used to secrete fluid to mark out their territory. The liquid released by Wolverines is so smelly that they have been given nicknames like Skunk Bear or Nasty Cat. Wolverines have a bizarre habit of spraying this liquid over their left out food for protection during storage. This also helps them to find their stored food easily and deter other scavenging animals to dig out their food.

Skunks are naturally not very fast runner so they are blessed by nature with a rather smelly weapon. Instead of outrunning their attackers, they spray a pungent rancid liquid spray on to these attackers. This liquid is a mixture of sulfuric chemicals. Skunks are able to target their attackers accurately with this liquid spray from a distance of three meters. The smell however can reach up to a distance of a mile. Skunks do not like to spray this liquid often as they can only produce 15 cc of the chemical inside their bodies in a week. These 15 cc amount can be used for 5 to 8 sprays.

Not Selling Anyone Lost this Cat