HomeAnimalsStunning Hybrid Animals That Really Exist in these times
AnimalsInterestingNature

Stunning Hybrid Animals That Really Exist in these times 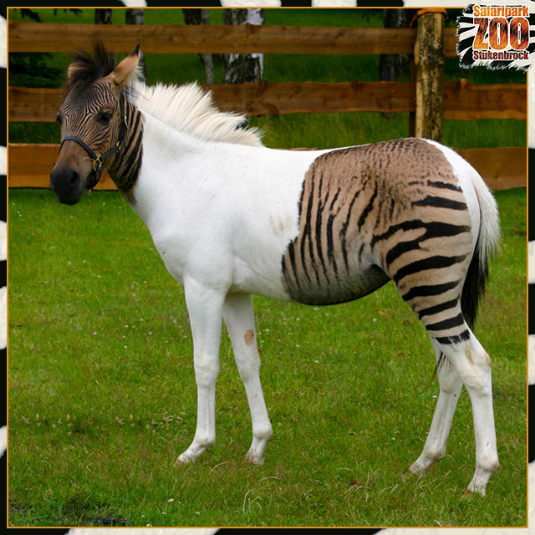 We’ve all heard of the phenomenal hybrid creatures in mythology that surpass everyone’s imagination, but did you know that hybrid animals exist in real life and they’re just as impressive? Then look no further than this list! Hybrids mainly occur naturally when 2 similar animal species breed together or through a biological process called, “somatic hybridization”.

Today we’ve found some of the most unique hybrids which actually exist, and their names are as interesting as their looks.

So scroll down to look at this list of Stunning Hybrid Animals That Really Exist in these times.

The Zorse or otherwise known as a zonkey or zebroid is actually the offspring of a zebra and a horse or a donkey. They first appeared during the 19th century when they were bred through somatic hybridization by Charles Darwin. They exist to this day but very rarely

A Wholphin is a rare crossbreed between a male Horse Killer Whale and a female Bottlenose Dolphin. These creatures have been reported to exist in the wild since they can breed naturally and only one of them is now in captivity in the Sea Life Park in Hawai. It was born in May of 1985 and was able to reproduce and have 3 more little wholphins in 2004.

Beefalo which is also referred to as the American Hybrid is in fact, the successful fertile offspring of an American Buffalo and domestic cattle. It was scientifically created to combine characteristics from both species for the beef production industry.

The first accidental crosses of the 2 species appeared approximately 1,800 years ago and then they were intentionally crossbred during the 19th century.

A tigon is a hybrid cross between a female lion and a male tiger. Tigons can only exist in captivity and are known to be sterile. Surprisingly in 1943, a female tigon was able to mate with a male lion in the Munich Hellabrunn Zoo and their little cubs were successfully raised to adulthood.

A Leopon is a very rare crossbreed between a lioness and a male leopard. Its head resembles a lion while its body is almost identical to a leopard. The first Leopon was produced in captivity in 1910 in India but unfortunately didn’t survive for long, now there are only 100 Leopon’s left in the world and they are all in captivity since they were born through somatic hybridization.

They are the offspring of a male horse and a female donkey. They are slightly smaller than horses and have thicker fur. Due to the difference in the number of chromosomes for each species, hinnies cannot reproduce and are extremely hard to obtain.

This little ball of cuteness is a geep, otherwise known as a shoat which is a rare crossbred between a sheep and a goat. Even though these 2 have a lot of similarities in their making they are 2 different species and once they breed, their offspring are usually stillborn. There were only 2 cases worldwide in which a live offspring was born but they were sterile due to the intermediate number of chromosomes they had.

Cutest bugs that will crawl straight into your heart, no serious

Tim Newton; A Man Woke Up To A Strange Noise, Saw This On His Porch