HomeAll PostsA Dog Stops The Traffic So That A Group Of Kids Can...
All PostsAnimalsCuteInterestingLoveVideoWOW 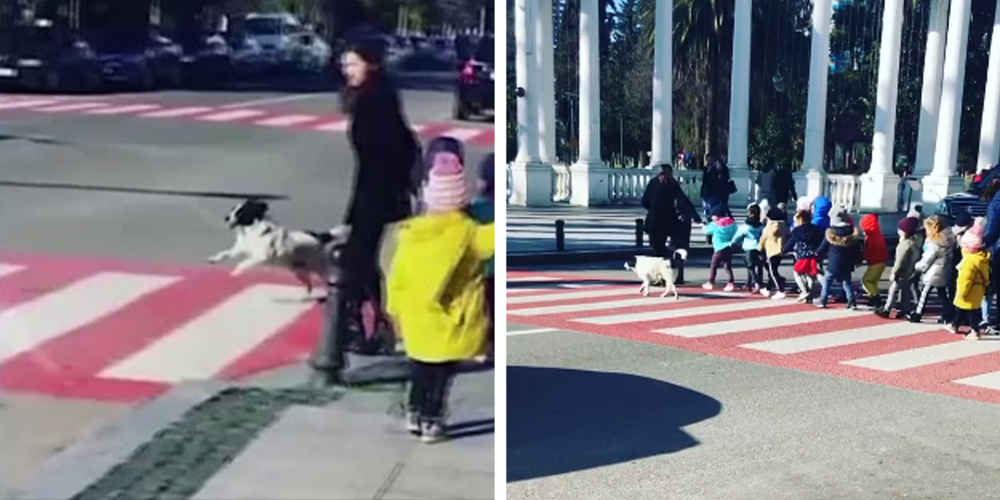 However, there is still a little dog that is doing the best he can to set these rule-breakers straight.

A few days ago a woman named Beqa Tsinadze came upon a strange but very respectable scene in the town called Batumi, Georgia. There she saw that at the marked crosswalk, a group of little kids was waiting for the passing by cars to give them some way to cross the road safely.

Unfortunately, it seemed that drivers were not at all eager to extend their courtesy and someone had to take the charge to set these guys straight.

So this was exactly what transpired and the one to do it was a little dog. He took the role of being a crossing guard on behalf of those young kids.

This is the video of that particular moment when the little dog started barking at the drivers and caused them to stop to let the kids cross the road.

This thoughtful and cute dog tackled the entire situation with the prowess of a pro. But this is not the first time that this dog has done the good deed for the pedestrians.

It is still not clear as to why this little dog has taken the role of a crossing guard. It might be his way of saying thanks.

As per the Georgian media, this dog arrived in that particular area as the helpless stray dog a few years ago. Since then the dog has made himself endeared as a part of the local community who also has taken upon itself to take care of this dog.

As per the report in the video above, this dog goes by many names in the neighborhood all of who know him. But the one thing that anyone can call him or is calling him is that he is a really good boy.

Little Cute Girl Getting Ready For Her Nap With Her Friends; Dabao, the Golden Retriever And Motor, the Cat