HomeAnimalsExhausted Dog Rescued By Oil Rig Workers After He was Found Swimming...
AnimalsRescueVideo 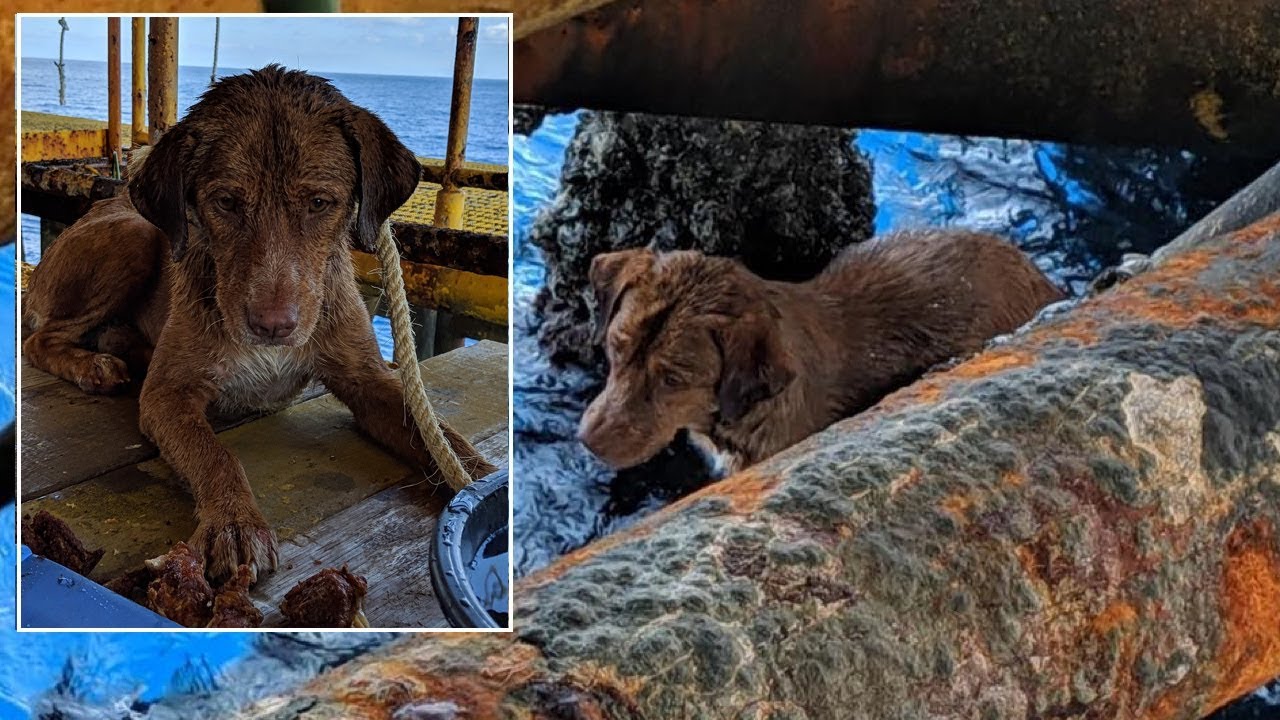 A few days ago in Thailand, workers working at an oil rig noticed a dog that was swimming next to the drilling station in water.

Vitisak Payalaw, one of the oil rig workers after seeing the dog, took out his camera to record the moment. According to the Facebook page of Vitisak Payalaw, they saw a dog’s head while he was swimming to their platform. Fortunately for the dog, the day was rather calm and waves were smaller than usual, otherwise, they would not have been able to see the dog at all.

Worker seeing the dogs tried to come up with ways to help the poor dog. However, time was of the essence because the waves were getting larger and larger. They finally came up with a way. They tied the rope around him and pulled him up.

The dog was on the oil rig which was nearly 130 miles away from the shore. It would have been impossible for him to b alive in the water for so long and so far away but he somehow managed to stay alive.

When the dog was clinging to a pipe, was not making any noise as he was clearly exhausted.

Many workers guessed that the dog might have fallen off a fishing boat or had jumped on his own or have suffered from horrible abuse.

The puppy, since his rescue has been given all the necessary minerals and water to recover his health and energy.

Workers took care of the dog on the oil rig for nearly 2 days. To transport him, they build a special cage for him.

He was taken from thee to vets located in Songkhla, the southern part of Thailand to check on his health.

One of the workers on the oil rig also said that he would love to adopt him.

Below is the video of the moment when the workers noticed the dog swimming near their platform.