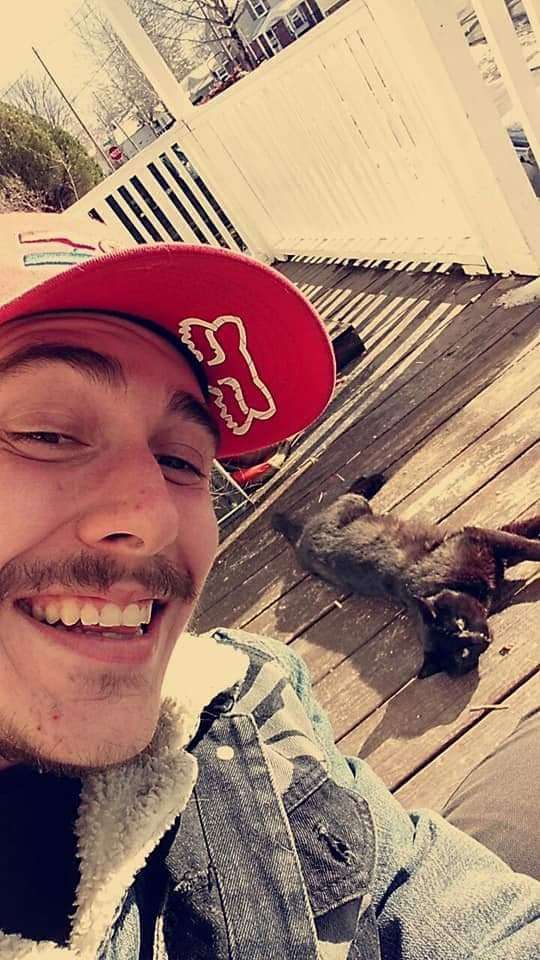 This Loki and for the previous 3 years, he has been the beloved pet of a man named Nathan Sonoras. Loki was a stray cat but one day as he was roaming the street, he came into the life of Nathan.

Sonoras told media, “He is the sweetest thing ever in my life. He jumps into my laps and loves to cuddle. He is very lovable.”

Nathan would let Loki roam outside as he knew he would always come back.

However, most recently, Nathan came to realize that their time together was short.

One day after Nathan came back home, he found something black near his house. He went close to it to see and to his worst imaginations, it was a black cat lying motionless.

He called his girlfriend on the spot and they spotted it to be Loki with his markings.

He had apparently been hit by a car.

Nathan said, “I was very emotional at that moment. I was crying while yelling, my cat’s dead. It was very heartbreaking for me.”

Loki was no now more in this world or it seemed so.

Nathan with his girlfriend took the body of Loki to a corner in the backyard of their house and buried him there. Nathan said, “We dug a hole near a tree. We cried and shared some great memories of Loki and talked as to how Loki was going to be a free cat running around in heaven. It was our way of saying goodbye.”

However, both of them did not know at the time that this was a premature goodbye.

Next day, Nathan had to wake up early as he had to drive his father to work. Nathan’s parent also knew about Loki and Nathan told his dad the heartbreaking news in the morning.

Nathan told media, “As I was telling my dad about Loki, I heard Loki’s meowing sound. I immediately turned around and there he was standing.”

Nathan jumped back in surprise and shock. Nathan said, “I was still on my call and told my dad that I buried Loki last night but now he is back”.

There was shock but also had joy and relief mixed in as well.

Loki was well and very much alive. Nathan came to a conclusion that Loki was actually never hit by a car and he instead buried a cat similar to Loki’s appearance in the backyard.

Now Loki is back with Nathan and he is thinking to cut Loki’s strolling hours altogether with the traumatizing experience he went through.

Times Corgis Mixed With Other Breeds, and The Result Was Absolut