HomeAnimalsCyclist Spots An Abandoned and Helpless Puppy On A Far Away Dirt...
AnimalsRescueVideoWOW 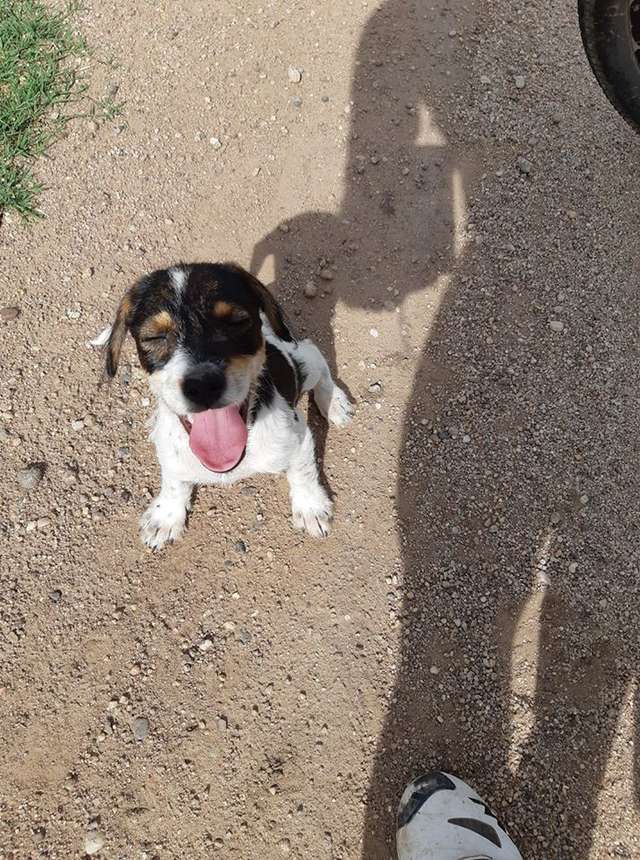 Damian Macchi is a cross country cycling enthusiast who was on his routine training bike run near his home in Argentina. However, what he did not knew that day was that he was going to save someone.

This exactly how it happened.

Macchi was on his bike riding it somewhere on a far away dirt road from his town. While driving on the road, from the corner of his eyes he saw something which seemed like a little animal which was in the nearby weeds as he sped past it.

Macchi told media, “I saw something coming from the weeds.”

After going a little far ahead, he was overcome with concern as to what he saw. It was at that very moment, he decided to turn back and take a better look at what he actually saw. We are glad he did that.

This is the video of what happened; when Macchi came back to the spot he saw something.

To Macchi’s surprise, the mysterious creature that he had spotted earlier was a puppy that had seemingly been left abandoned on the side of the road to die by some heartless person.

As for the little dog, she really seemed thrilled to be found by someone.

Within just a few minutes, Macchi’s training turned into a rescue operation.

He grabbed hold of the puppy and held it in his arm and together made their way back to Macchi’s home.

Thankfully, fate had been kind to the dog that day as he narrowly escaped the harrowing future if he had been left there all alone.

It seems the pup seems to know it too.

Besides cycling, Macchi has another passion and that is to help the pets and has in fact been involved in dozens of rescues. From there he took the puppy to a vet for a checkup and shared the story of the pup’s rescue with his social media followers.

It was not long before, the puppy was able to find what it needed most, a loving forever home.

Macchi wrote back, “The dog was adopted and her new family named her Juanita.”