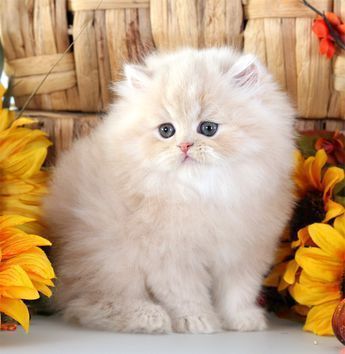 Choosing a cat can be simple but sometimes can be a little tricky as well. A far as the pure bred cats goes they are generally harder to chose from. For our readers today we have brought a definitive list of best types of cat breeds in the world to choose from.

Polydactyl Cats are also commonly known as Mitten Cats or Thumb Cats. This cat breed has a special genetic mutation of their genes that allows them to have extra toes on the paws of one or more feet. On average each of their can have six to eight toes depending upon the purity of their breed. These extra toes look like thumbs on paws. Many of the animals have genetic mutation of being polydactyl but in cats it seems cutest of all.

Snowshoe Ct I a breed that first appeared in Philadelphia back in 1960’s when one particular cat breeder breed Siamese cat with a White Boot one. The result was a cat with white muzzled feet, dark points on body, and blue eyed cat. Due to its white feet it was named as Snowshoe cat. They are quite a difficult breed and hence their recorded breed numbers are quite little.

British Shorthair cat is known not only for its cute and handsome looks but also for its easy going and fun loving personality as well. Its sturdy temper fits perfectly with its plushed face and thick soft fur body. This cat breed appears to be smiling all the time due to the formation of its wide mouth cheeks.  It is rumored that the Cheshire cat in the story of ‘Alice in the wonderland’ was inspired by this cat. They are also well known for their playing fetch behavior just like dogs.

Siamese with its blue mesmerizing eyes, unique body pattern and outspoken personality has been a popular breed among cat lovers. They were once used to be given as gifts to dignitaries in olden times. They were first introduced in USA back in 1878 when the US president Rutherford B. Hayes and his wife were gifted one by an American consul. They are well known for their bellowing cries which are often mistaken with baby cries.

Persian also known as longhair cat in region outside of USA are well known luxury cat. The cat also expects itself to be a luxury and wants to be kept in lap of luxury only. This cat breed is well known across the world. The cat breeders normally try to breed these cats for their ‘Pekingese Nose’ which is unarguably the best trait about their body. Downside o keeping this cat is that it needs daily grooming which can put quite a strain on your pocket. In addition to grooming costs, these cats are prone to many diseases mainly including Kidney disease which alone is costly enough.

Gray tabby is described not as a breed but as a cat with coat collar and its unique pattern. They are famous for their sporty coloration. The main reason for their popularity is the rock tumbling genetic variation that gives them various colors and combination patterns on their skin. Pure bred Gray Tabbies have stripes and whorl makings on their heads, tails, limbs and whole body. The identification of a pure bred Gray Tabby is that with all the striped markings on its body it will have a predominant gray colored fur making it more adorable. The cat is also adored by cat lovers due to its short pink nose and loving friendly personality.

10 Remarkable Facts about These Animals

Duke; The Dog Who Was Stabbed In The Head While Trying To Protect His Owner From An Armed Robber, Miraculously Survives

Nicola Coyle; A Woman Who Makes the Remaining Days of the Terminally Ill and Abandoned Dogs Special With Steak Dinners and Ice Creams