HomeAnimalsCop saves a dog entangled in sheet; Thanks her rescuer in the...
AnimalsLoveRescueVideo 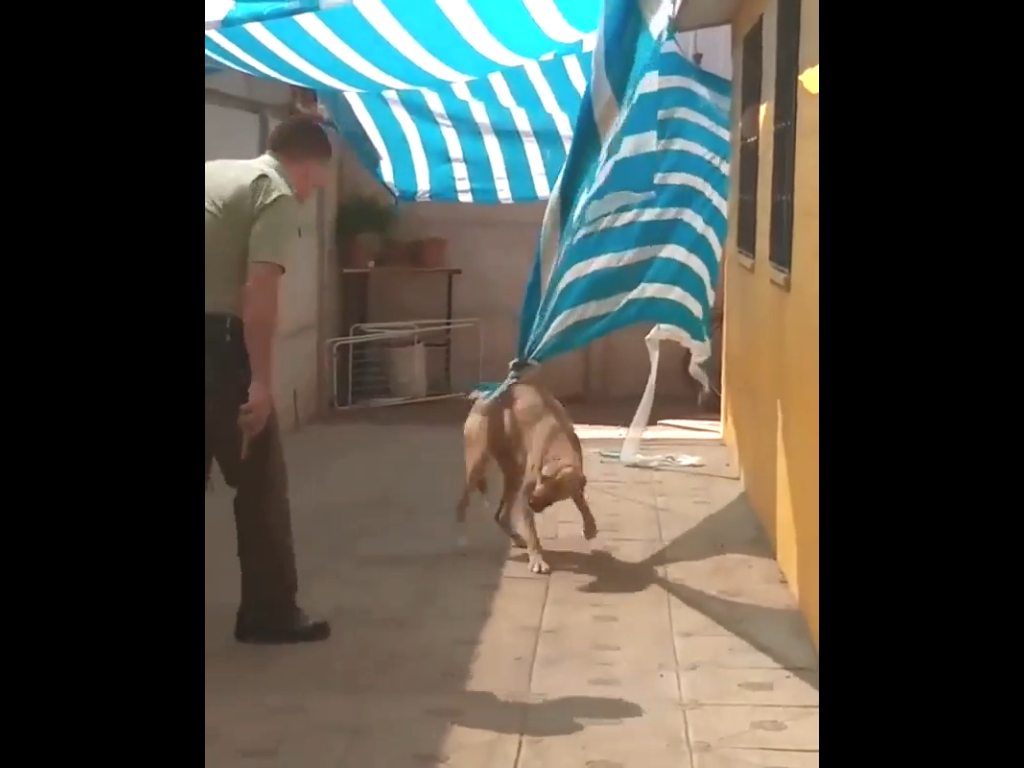 Animals like stray dogs and cats are so poor especially if they are homeless ones and live on the street. These animals are being shunned by society and to make it through in this cruel world, they have to stay scared of people and barely live on their lives. Such is the heartbreaking story we present to our readers about one homeless dog that got herself entangled in a sheet but was rescued.

A poor dog last week in Chile got herself stuck and entangled in a piece of sheet outside a home. However, as the dog was tuck, the owners of the house were not present so they could not hear her cries for help.

Well, the dog was freed by a kind-hearted cop who was reported on to the scene by the neighbors and dog was equally gratified towards her rescuer for setting her free and showed it in the sweetest way.

The police officer of the Carabineros de Chile Police department named Giovanni Domke was alerted about a dog that was in distress by the neighbors who found the dog crying while entangled in a sheet.

Giovanni Domke told media, “The neighbors said to me that the neighbors were not at home. I arrived on the scene and asked one neighbor to hand me a knife. I jumped over the fence in order to rescue the dog.”

The dog, who was clearly scared, was wary of office Domke at first but still let the cop come to rescue her. The dog even once nipped on Domke’s arm but he was persistent in his effort to save the poor dog and his efforts paid off.

As you can see in the video below, Domke received the most wondrous and sweetest of the rewards for his efforts.

The authorities later wrote on their social media page, “we are where are needed the most.”

Mark Imhof; A Man Who Helped Shelter Dogs By Giving Them Haircuts and Help Them Find Homes