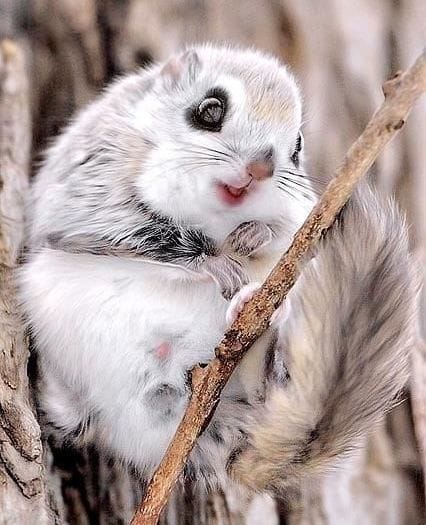 We all have our own favorite cutest animal, like puppies, kittens, or maybe a guinea pig, but you probably didn’t realize how many other cute animals are in the world. From mammals to birds, there are all kinds of adorable creatures scurrying around and soaring in the sky. Though, these fuzzy friends are pretty rare, and you’re definitely not going to find them in your backyard. Curious to see some of the cuddliest animals? Here are the few Cutest Animals You Never Knew Existed.

These tiny and adorable little balls of fur are called Pika. Despite looking like rodents, they’re actually related to hares and rabbits, also known as lagomorphs. There are 29 species of Pika, and all are cute in their own fuzzy way.

Small, nocturnal, and big-eyed, the Potto is a cute prosimian living in the rainforests of the world. Generally slow, they can also snatch their prey if the moment arises. Their adorable appearance will likely also snatch someone’s heart.

Living in Africa, the Klipspringer are like dwarf antelopes enjoying rocky terrain and keeping mostly to themselves. Indeed, their name is Dutch for “rock jumper.”

The Lizuna is basically a weasel, but it’s so white and adorable, how could you not want to pet it? The only way to find this little guy, however, is to go to Hokkaido Island in Japan.

The Irrawaddy Dolphin swims across the waters and oceans of Southeast Asia, constantly looking joyful and at peace, despite the fact there are only 78 to 91 left to exist.

The Red-Crested Tree-Rat is a reclusive fuzz ball that looks similar to a guinea pig. Few have been seen in the wild, but one had its cute picture taken after 113 years of hiding.

This bug-eyed furry guy isn’t a monkey, and while it might be tempting to give him a big hug, you’ll want to rethink doing that. He’s one of the only mammals in the world that is venomous.

With big ears, big eyes, and cute little antlers, the Dik-dik couldn’t be more huggable. Among the smallest of antelopes, they live in the horn of Africa but are usually jittery of people and predators.

With a small body but ears almost bigger than its head, the Fennec Fox is both an anomaly and precious desert creature begging to become a stuffed animal. To escape the heat, they dig into underground dens.

The Maned Wolf is a majestic creature looking like it came out of a wonderous fantasy novel. With a fury mane of hair and incredibly long legs, this creature is neither wolf or fox but its own genus, Chrysocyon.

Sweet mother of fluff, the Giant Angora Rabbit is like a walking pillow with eyes. Weighing up to 7 pounds, this rabbit produces a ton of hair a year and needs constant grooming.

The adult Bongo isn’t really much to look at, but the baby Bongo, on the other hand, is pretty darn cute. These creatures can be found in the rainforests across Africa and are in danger of over-hunting by humans.

Pics That Prove Cats Can Sleep Purrretty Much Anywhere

Hilarious Photos Proving Boxers Are both Weird and Adorable

Terrifying Animal Mouths That Are Upsetting To Even Look At