HomeAnimalsDad Is Moved To Tears After Seeing A familiar Face On The...
AnimalsCutefamilyLoveVideo 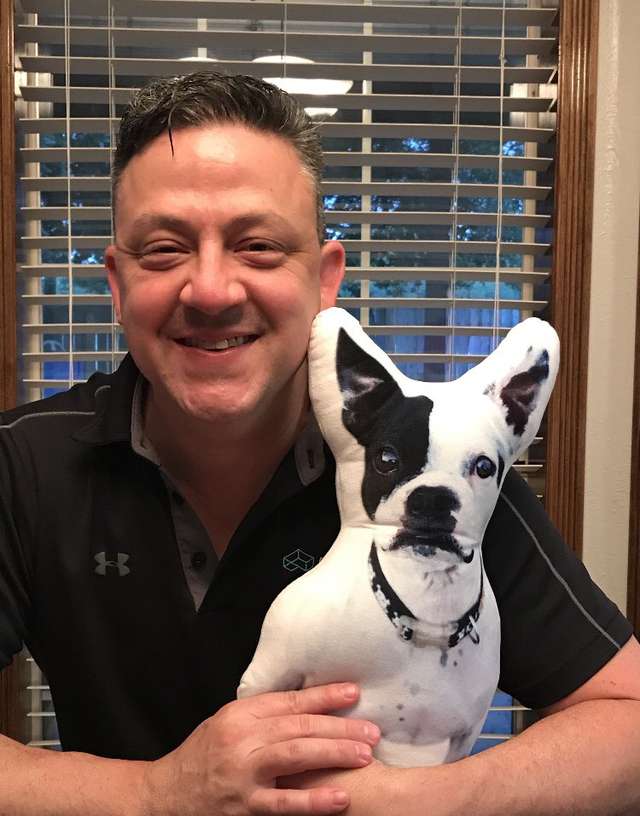 The father of Jasey Jentsch for 12 long years shared an adorable and cute bond with their family dog named Bruce. Bruce was a Boston terrier dog who was surrendered as a pup by his previous owner to a dog shelter.

While at first the father of Jasey Jentsch was a little skeptical about adopting the dog, all of that changed quickly.

Jasey Jentsch told media, “Bruce instantly became my dad’s best bud. Both of them would sit and relax down on the recliner on each Saturday morning and would watch TV all day long.”

They became somewhat of an inseparable pair for each other.

Bruce, who had been always a playful adorable pup, time ultimately took its toll on him. Two years ago, Bruce actually lost his sight due to old age but that brought Bruce and Jasey Jentsch’s father close to each other more.

Jentsch told media, “Bruce would trust my dad no matter what.”

Sadly for Bruce and his loving owner, Bruce peacefully passed away at the family home but he left a hole in his family’s heart.

In the effort to lessen her husband’s sorrow, Jentsch’s mother came up with an idea. She had heard about a company that made custom pillows that also featured images for not only people but also of pets. So she decided to order a pillow with Bruce’s face on it for her husband.

Below is the video of the moment when Jentsch’s father opened the surprise gift.

Seeing the face on the pillow, Jentsch’s father instantly broke down to tears and he seemed as if he was seeing Bruce once more.

Jentsch said, “Seeing the Bruce faced pillow, he was very happy. My dad is actually the strong one in our home and seeing him cry showed us as to what Bruce really meant to him.”

While nothing in the world can bring Bruce back, the present of Bruce faced pillow is the next best thing for Jentsch’s father.

Amazing Video of Cat Knocking On Door Like A Human