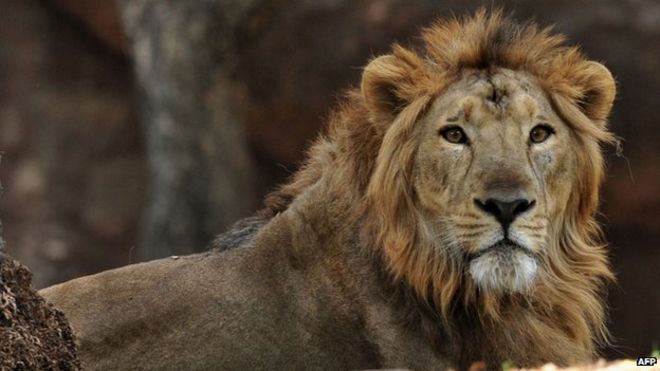 In an act that seems savage, cold, and downright heartless, helpless young are occasionally killed and even eaten by the very animals that either brought them into the world or helped to nurture them from a very young age. In the eyes of mankind, infanticide is undoubtedly heartbreaking.

In a rare case of brutality, a group of bottlenose dolphins were observed attempting to kill a newborn pup in August 2013.researchers captured the live birth of the bottlenose dolphin in the wild near the coast of Georgia. Startlingly, not more than two minutes after the pup entered the world; two male dolphins began trying to sink the baby and continued to do so for 30 minutes. Some theories attempting to explain this harsh behavior include territorial clashes, food disputes, and attempts to force mating with the female once the calf is dead.

Native to the northern seas of the world, the black-and-white guillemot is a relatively small seabird that usually restricts its nesting to rocky shores. The bird, although docile in appearance, has no issue with attacking and killing chicks of its own kind. After studying a colony in Scotland in 2007, it was revealed that chicks were either being pecked to death or simply thrown from the cliffs. About two-thirds of the deaths were caused by adults that did not parent the dead young.

Prairie dogs are the busy-bodied rodents of the prairie lands, ranging from Texas all the way up to Canada. The infant mortality rate is very high among the black-tailed prairie dogs, and it’s not due to predation; the leading cause of death is infanticide. The usual culprits are female prairie dogs, who attack the offspring of close relatives but not their own children. The females are typically lactating when they commit infanticide, leading to speculation that they turn to cannibalism for nutritional purposes during the stressful period of feeding their own young. Male prairie dogs have also been known to commit infanticide. Oddly, they often attack the pups of females they have previously mated with.

In the Meercat hierarchy, the alpha male and female rule with an iron fist. If inferior females give birth to young, the alpha females viciously eliminate them. Having no remorse whatsoever, the alpha females then force the grieving mothers to decide to either stay and become wet nurses for the alpha’s young or live in exile. Choosing to stay has its price though, as wet nurses lose a significant amount of weight. Scientists believe that alpha females who kill the young of other mothers are attempting to reduce competition for the care of their own young. Although the alpha’s methods are extreme, they are certainly effective.

Chacma baboons have one of the more complicated social structures in the world of primates. Although familial and relationship ties are encouraged within the chacma community, alpha males occasionally take it upon themselves to murder offspring of a female that do not belong to them, because they want to father their own with that particular female. By killing the baby and halting the lactation of the female, the male makes the female sexually available once again.

The usefulness of the South Asian Hanuman langur is twofold. Firstly, the primates are used as a form of “pest” control and can be trained to keep unwanted rhesus monkeys at bay, as was seen at the Commonwealth Games held in New Delhi in 2010. It may come as a surprise, then, that the “holy” gray langurs are not as peaceful as they appear to be. In the wild, one dominant male is in charge of a troop where the females are fiercely defended by him. If a challenger tries to topple the alpha’s regime and succeeds, the new alpha usually decides to kill any preexisting infants to make way for his own.

Some of the more disturbing reports of infanticide among primates originate from chimpanzees in the wild. Chimpanzees live in communities where males are the dominant sex. In some cases, gangs of males from one group strike out at an opposing group of males in another community with fierce aggression, resulting in the deaths of infants left unprotected. What’s even more alarming is that the mothers of the dead infants sometimes associate with and even join the communities of the perpetrators.

African lions are powerful, majestic, and are becoming ever more endangered as lion populations across the board are declining. Lions battle with loss of prey and habitat, humans who vengefully slay them for killing livestock, and—unfortunately—their own kind. Lionesses are known for being the hunters in a pride. But when an opposing rogue male makes his move, it is the cubs that become the hunted. Lions do this so as not to waste energy and time on cubs that are not their kin. Once the cubs are dead, the males can mate with the females because the females stop nursing.

An alarming and upsetting incident that took place at the Smithsonian’s National Zoo in Washington, DC, a female sloth bear was in the process of birthing her cubs. Not long after the first cub was born, the mother ate the infant while she was still in labor. She went on to birth the other two cubs and lived normally with them for a week. Still recovering from the shock of the infanticide, zookeepers were astonished when the mother sloth bear ate yet another one of her cubs and completely abandoned the third.

Sea otters, the lovable marine mammals have a dark side—a side that many have probably never seen or heard of. There have been confirmed reports of adult otters mounting, forcibly mating with, and even drowning and killing juvenile seals. Yes, seals. The cringeworthy observation was noted by researchers off the coast of California between 2000 and 2002, where 15 out of 19 incidents resulted in death. Even after the doomed seal pups were killed, the otters took the bodies captive and continued to mate with the corpses. Plain old sexual frustration, scientists say. Because female otter populations are declining in the area, male otters are becoming desperate and, unfortunately, taking their aggression out on unsuspecting juvenile pups.

Pictures Of Dogs That Ate Bees

An Orca Stuck In Rocks Was Crying For Hours, A Group Of Beach Goers Saves Him

Chubby Animals That Will Shoot Straight In Your Heart