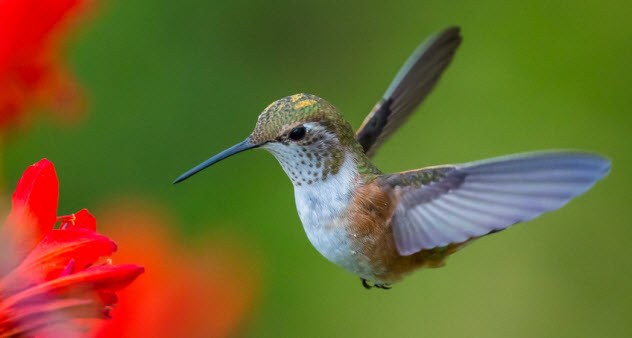 Many insects have look-alikes, or impostors. Most of these look-alikes are other bugs. Some of these pretenders resemble disease-carrying insects or insects that are harmful to property, so it’s good to be able to tell the difference between the real deal and the deceiver. In most cases, careful attention to appearance and behavior are enough to allow even those of us who aren’t entomologists, or bug doctors, to recognize the true insect from its impostor.

Due to their similar appearances or behaviors, bat bugs, newborn cockroaches (pictured above), wood ticks, carpet beetles, spider beetles, and fleas have all been mistaken for bedbugs. They look quite a bit like bedbugs, too, so they make good impostors. Unlike bedbugs, though, bat bugs hang out near bat roosts. Cockroaches look much different than bedbugs when they are older, but recently hatched roaches, not so much, which is why they’re sometimes mistaken for bedbugs. Ticks live outdoors, bedbugs indoors. Ticks attach themselves to one spot, feeding there exclusively. Bedbugs are more nomadic, traveling over the body to sample the fare at many locations.

Just as ticks are sometimes mistaken for bedbugs, billbugs (pictured above) are often mistaken for ticks. It is important to know the difference because ticks carry Lyme disease. Billbugs don’t. The bugs do look alike, but the key is to judge them by their actions, not their looks. Ticks suck blood, and, over a period of days, they swell, becoming larger. Ticks are loners, but billbugs like to hang out together in swarms. Ticks feed on people and animals. Billbugs eat grass.

Cockroaches are scavengers. Not so cockroach impostors. Water bugs hunt down and kill their prey, such as mosquitoes. For the giant water bug (pictured above), which grows to 10 centimeters (4 in), “crustaceans, tadpoles, salamanders, fish, and amphibians” are also on the menu. These giants can eat prey “50 times” their own its size. While it is true that both cockroaches and water bugs will hide, water bugs are more likely to play dead than to run. Also, unlike cockroaches, water bugs will bite. They have a particularly nasty bite, too, injecting “digestive enzymes” and extracting “liquefied tissue.”

Unless we’re entomologists or we know one, it’s unlikely that we’re familiar with triatomine bugs. Basically, they’re bloodsuckers. They tend to live around houses and transmit the parasite that causes Chagas’ disease, an incurable illness that damages the heart and intestines. Fortunately, although the disease is incurable, measures can be taken to prevent infection. The wheel bug (pictured above) is also sometimes mistaken for the triatomine bug. Its saliva contains venom, which it injects into its victim through a tube in its beak. The venomous saliva digests its prey, and the wheel bug sucks the digested juices into its stomach through a second tube in its beak.

The squash bug (pictured above) and several others of its own kind resemble the brown marmorated stinkbug closely enough to be confused with it. It is distinguished from similar stinkbugs by its pair of “wide, light-colored, banded areas on the antennae,” by an abdomen extending “past the wings” so that “light-colored triangles” are visible “past the wing edges,” and by the presence of “only one small tooth along each leading edge of the thorax . . . just behind the eye.” In addition, “when disturbed,” the brown marmorated stinkbug exudes an odor resembling that of coriander.

The sphinx or hawk moth also has an impostor. However, this pretender isn’t another insect. It’s a bird! A hummingbird (pictured above), to be exact. Like the hummingbird, this gigantic moth hovers over flowers and dips its lengthy proboscis into blossoms to extract nectar. Its rapid wing beats even make a humming sound, so it is sometimes referred to as a “hummingbird moth.”

Boy wants to Keep the Fish

Animals which are astonishingly and painstakingly big