HomeAnimalsAbandoned dog gets an amazing transformation after 6 pounds of mats was...
AnimalsRescueWOW 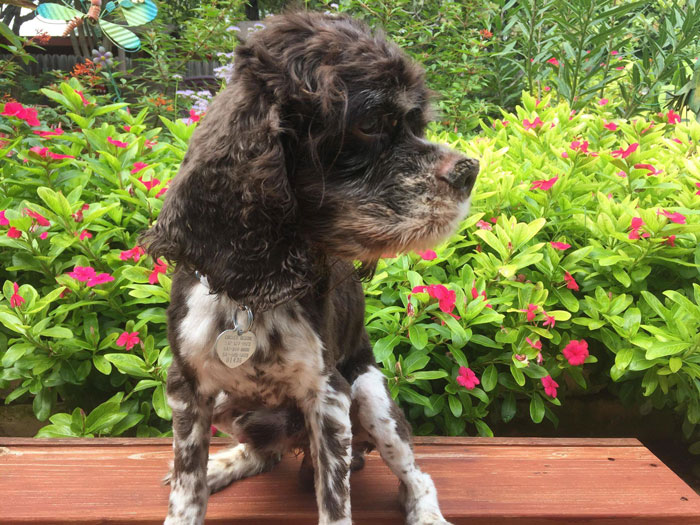 The San Antonio, Texas Police found Hamish; the Cocker Spaniel but when they found him fist he was not anything like a dog. The police crew what found this dog was able to find him when they received a call from an anonymous caller about a dog struggling in the middle of the street.

The police officer responded to the call and when they reached there they found a dog that was dirty, wooly and was clearly an abandoned creature. Hamish was then immediately sent by police to the San Antonio Animal Care Services where he received medical care.

The pup who was clearly neglected, weighed only about 10 to 12 pounds under the weight of his 7 pounds of fur. He was clearly suffering from medical problems.

Hamish had to undergo surgery to help remove his teeth which had gone bad and he lost most of them.

According to the rescue group an adult full grown dog has nearly 42 teeth but after surgery Hamish only had 11 remaining. This lack of teeth led to many other health problems.

He had been clearly failed by his previous owner. Despite him needing much more touchup, he still is looking better than when he was first found.

He is now a certified CSRA kid and is and will continue to receive the necessary medical care that he needs.

He will soon be ready for adoption to find himself a new forever home. In the meantime, the CSRA welcomes Hamish into their family.

Hamish needed to gain weight for his health to recover and without teeth, it was clearly a struggle for him. The CSRA helped him gain weight by providing him with soft food and a set of food supplements. He is clearly gaining weight and is swiftly moving to full recovery.

Due to the cool temperatures of central Texas in months of winter, Hamish now needs to wear lots of sweaters.

Now he also has a baby foster sister which he clearly loves very much.

He is currently living in a foster home but is still looking for a family to adopt him to get him his permanent Forever Home.

These animals are so ugly that they’re actually super cute

Terrifying Animal Mouths That Are Upsetting To Even Look At